In the summer of 2019, the LOCSS team travelled to France installed gauges in four lakes in the Pyrenees mountains. These lakes are located along the GR10, a popular hiking trail that runs the length of the Pyrenees. The venture was successful, as we were able to get many lake height measurements for those four lakes.

Earlier this month, LOCSS partners travelled back to the Pyrenees to install gauges in six additional lakes. Each of these lakes sits in the Pyrénées-Orientales region of France, at elevations between 6300 and 7500 feet. In relation to the lakes we began studying in 2019, these new lakes are located 13-16 miles to the east and separated by several peaks and valleys. The new lakes are closely clustered, with the maximum distance between any pair being about 3.5 miles, as the crow flies. The addition of these lakes will allow us to better understand how lake volumes in the region are affected by both local factors (such as drainage and snow melt from nearby slopes) as well as regional factors (such as weather).

This addition of new lakes was led by our partners at the Laboratoire d’Etudes en Géophysique et Océanographie Spatiales (LEGOS) and ECOLAB, two research labs within the Observatoire Midi-Pyrénées (OMP). These partners identified suitable lakes in the area, got the proper permissions to study those lakes, and installed the new gauges and LOCSS signs.

You can learn more about these new lakes, including viewing lake height data and photos, but visiting our France Lakes page. 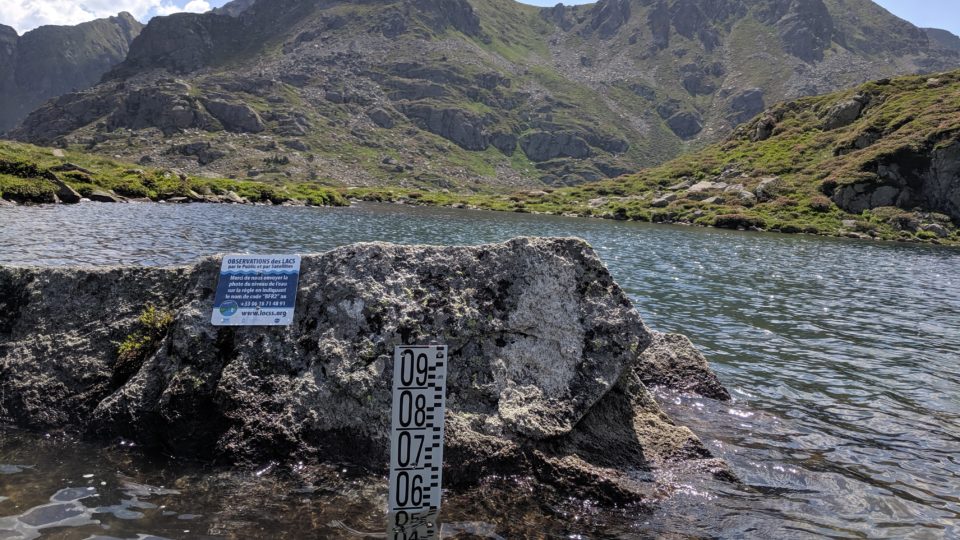 What Have We Learned About Lakes In North Carolina? Aug 31, 2020
read article

What Have We Learned About Our Study Lakes? Aug 14, 2020
read article